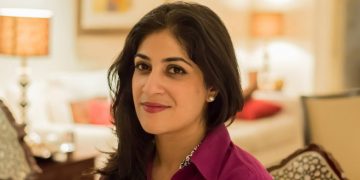 Friday nights, the oldest and youngest members of my household sit and watch one of their favourite TV shows together. It is the weekend and my eight-year-old gets to stay up late with her grandmother; an age difference of sixty years bridged over an hour of CID, the Indian rendition of a crime show.

Now splintered into individual screens and devices, Friday nights are a throwback to when television was watched as a collective family experience. They remind me of my own childhood in Lahore, evenings spent watching Chitrahaar on a snowy Doordarshan together with grandparents, cousins and aunts.

CID’s pseudo-forensics, absurd chases and improbable plots are a little better than Scooby Doo, but it is innocent entertainment. There is something comforting, reassuring, when ACP Pradhyuman grimaces before saying his signature dialogue, “Kuch toh garbar hai”.

But last Friday, when we switched to Geo Kahani, there was no CID. Obviously, the Pemra ban on Indian content and dramas had begun even before the announced cut-off date of October 21. We shrugged. There is always YouTube on a smart TV; we thought, at least YouTube was unbanned.

And so it will be. Even as cable operators shut down the Indian songs, dramas and movies churned out by myriad TV, Direct-to-Home satellites and FM channels, YouTube, torrents, illegal streaming sites and DVDs offer an alternative. Indian songs are still the soundtrack to our weddings, their actors and actresses are still our pinups, their dialogues and characters will remain our cultural references. That’s because culture inevitably percolates through boundaries.

We’ve been here before; nothing to see here, move along. Culture has never been magicked through government notifications.

There is some logic to the ban, of course. For one, a lot of the content is illegal. For example, cable operators broadcast multiple in-house channels from pirated CDs, giving them far more time than Pemra sanctions. Local channels can give foreign content 10% of airtime, of which 6% can be Indian. Meanwhile, digital satellite services offered through smuggled DTH sets like Tata are similarly illegal, costing Pemra revenue.

But that is beside the point, because Pemra could’ve launched the crackdown years ago. It isn’t as if all this illegality has suddenly come to light.

What has prompted all this? An eye for an eye. Green and white over the Indian tricolour.

If you ban our talent, threaten violence against theatre owners who show films featuring our people and drop our dramas from your TV screens, so shall we. If Karan Johar can put his country first, so can we.

Jamaat-i-Islami and numerous other groups have tried to de-Indianise Pakistani media but never succeeded. It has taken the Hindu right-wing to prompt Pemra and cinema owners to purge screens.

About the prohibition on screening Indian films in Pakistani cinemas, founder of Mandviwalla Entertainment which produces and distributes films, Nadeem Mandviwalla told me, “It’s not good business but what can we do? They started it.”

Except it’s not just about legality, or business, but a surface nationalism shorn of civilisational roots. Neither Indian nor Pakistani culture is the enemy.

Enough damage has been caused by the never-ending cycle of proxy wars for this to now degenerate into a proxy culture war. If there was one hope, it was the officially sanctioned exchange of culture. It never stopped the cold war, the hostile news media, the exchange of firing along the Line of Control, the spies, the hyper-nationalistic rhetoric. But it remained the calm beneath layers of hostility.

But now that this calm has been disturbed, it feels that something is truly rotting, because it signifies capitulating to ultra-nationalists whose view of the world is black and white, even violent.