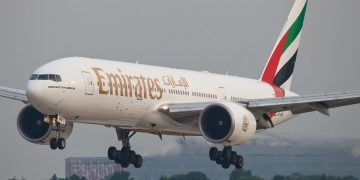 July 26 (NIA) – An Emirates flight flying from Dubai to Maldives with more than 300 people on board, made an emergency landing in Mumbai on Tuesday after smoke was seen in the cockpit and cabin.

All passengers and crew of the EK-652 were evacuated with full emergency procedures as it landed in Mumbai and all are reported to be safe.

Local media reports said that after the pilots sent an SOS to Air Traffic Controllers, the Indian Coast Guard rushed ships out on stand by  just in case the plane was not able to cross the sea to reach the international airport in Mumbai.

Ambulances and emergency services were on stand by as the plane landed at the airport.

It was not immediately known if passengers would be allotted fresh flights or if the aircraft would take off after necessary checks.