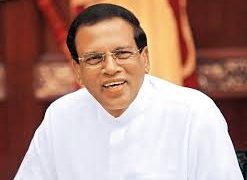 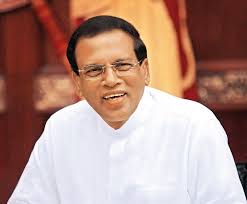 Colombo, April 12 (newsin.asia): The 16 MPs and Ministers belonging to the ruling Sri Lanka Freedom Party (SLFP) led by President Maithripala Sirisena, who had voted for the No Confidence Motion (NCM) against Prime Minister Ranil Wickremesinghe,  will be sitting in the opposition benches, but will support President Sirisena, a close aide of the President said on Wednesday.

Shiral Lakthilaka said that though sitting in the opposition, the dissidents will not become part of the Joint Opposition (JO) led by former President Mahinda Rajapaksa.

It was the JO which had moved the NCM against Prime Minister Wickremesinghe. It was debated and put to vote on April 4. It was defeated with 122 voting against it and 76 voting for it. 26  MPs abstained. The Sri Lankan parliament has 225 members including the Speaker.

The decision to quit the government and sit with the opposition was taken at a meeting of the Central Committee of the SLFP late on Wednesday night.

The ministers among the 16 decided to resign from their ministerial posts immediately, Deputy Speaker and dissident Thilanga Sumathipala told newspersons.

In his capacity as the leader of the SLFP, President Sirisena gave permission to the concerned MPs to resign from their posts and sit in their opposition, Sumathipala added.

As a compromise, the dissidents assured that they will continue to work under the leadership of the President and support his stand in matters of governance.  They also vowed not to join the Joint Opposition led by Rajapaksa.

Deputy Speaker and SLFP MP, Thilanga Sumathipala, had also voted for the NCM.  He had already asked the Speaker to relieve him from the post of Deputy Speaker so he could participate in active politics.

Called the National Unity Government (UNG), the regime was established in 2015 following the Presidential election in January that year.

But it has been a rickety coalition because of ideological differences and political rivalries between the SLFP and the UNP because these parties have been rivals since the 1950s.

Clashes on economic and foreign policy had been frequent, with President Sirisena intervening and reversing decisions of Prime Minister Wickremesinghe and the UNP ever so often.

Policy confusion and administrative paralysis had been the order of the day since 2015, making a significant section of the Sri Lankan electorate  shift their loyalty to the Sri Lanka Podujana Peramuna (SLPP), a new outfit created by former President and former SLFP chief, Mahinda Rajapaksa.

The SLPP led by the charismatic Rajapaksa swept the local bodies elections held on February 10, leaving the UNP and the SLFP far behind.

The results of the local bodies elections gave a fillip to dissidence in the  SLFP.

The dissidents wanted President Sirisena to sack Prime Minister Wickremesinghe or even quit the coalition with the UNP and form a coalition government with the Joint Opposition (JO) headed by former President Rajapaksa.

Their argument was that,  after all, the SLPP is only a chip of the old SLFP block. An alliance with the SLPP will be both natural and successful given the rising popularity of the  SLPP and its leader, Mahinda Rajapaksa ,they argued.

Therefore, when the Joint Opposition presented a No Confidence  Motion (NCM) against Prime Minister Wickremesinghe, 16 SLFP dissidents, including six cabinet Ministers, voted for the motion and the rest numbering 25, abstained.

The NCM brought out the contradiction between the SLFP and the UNP very vividly.

Earlier, the dissidents had tried to get the President to sack Wickremesinghe from the Premiership. But this move failed because the 19 th.Amendment of 2015 had taken away the President’s power to sack the Prime Minister. He could be replaced only when he loses the confidence of his party or parliament.

The dissidents then asked the President to end the coalition with the UNP. But this also failed to elicit a positive response from Sirisena because he was politically indebted to Wickremesinghe. Sirisena was the candidate of the UNP-led opposition in the January 8, 2015 Presidential election.  Sirisena owed his job to Wickremesinghe.

25 SLFP Ministers and MPs who had abstained from voting on the No Confidnce Motion on April 4 decided to continue to support President Sirisena and serve in the Council of Ministers.

A reshuffle of the Council of Minister is due shortly. Ministerial berths vacated by those who had resigned, will be filled from the existing bank of SLFP MPs.

No Danger to Government

The resignation of the Ministers and the decision of 16 MPs to sit in the opposition will not affect the stability of the SLFP-UNP coalition government because it will continue to have the needed number of supporters in parliament.

The UNP, its allies in the SLFP, along with the MPs of the United National Front,  and the 16 MPs of the Tamil National Alliance (TNA), will have 145 MPs in the House of 225. The minimum number required to have a simple majority is only 113.

Therefore, the SLFP-UNP National Unity Government led by President Sirisena and Prime Minister Wickremesinghe will continue. Its term ends only in August 2020 ,unless parliament votes for its own dissolution and seeks mid-term elections by a two third majority.

However, troubles are not over for Prime Minister Wickremesinghe yet. His policy differences with the President will continue to plague the government.

Furthermore, Wickremesinghe has to sort out his problems with the 25 to 27 UNP MPs who also had wanted him to quit in favor of a more popular leader who will win elections for the UNP.

The dissidents had been campaigning for Wickremesinghe’s ouster as well as the appointment of a new set of young leaders to   replace the coterie around Wickremesinghe specially since the party’s dismal performance in the Februar 10 Local Body elections.

The dissidents failed to remove Wickremesinghe only because he promised reforms by April 30. And to show his sincerity, he asked for,  and got the resignation of the Chairman of the party, Malik Samaraweera, and the General Secretary Kabir Hashim.

But if Wickremesinghe does not being about the kind of changes expected by his party men by April 30, the party would be in turmoil and the stability of the National Unity Government might be in doubt, political observers say.