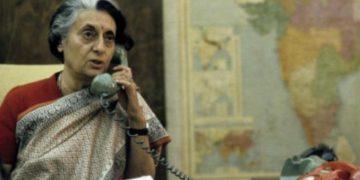 New Delhi, June 25 (www.countercurrents.org): Today, June 25, Indians need to remember the dark days of the 1975-77 Emergency, not only to cherish the value of freedom and democracy, but also because substantial sections of our people are presently going through a period of “undeclared Emergency” which needs to be confronted and defeated.

A State of Emergency was declared in India by Prime Minister Indira Gandhi this day 44 years back when the citizen’s fundamental rights of life, liberty and expression were abrogated.

Thousands were jailed, Press freedom was scuttled, hundreds were killed by the State in fake encounters and people, particularly the poor minorities, were forcibly sterilised. It lasted 19 months and when elections were held, Mrs. Gandhi’s party was handed down a crushing defeat by people celebrating freedom and democracy once more.

Present Is No Different

The current situation in India is no different. There is an Undeclared Emergency. Thousands are living under conditions of detention in the North-East. Fake encounters occur daily in vast areas of North and Central India when innocent citizens are just picked up and shot. Hundreds of farmers are pushed against the wall. Tribals and lakhs of forest-dwellers are evicted from their land and homesteads to clear the ground for rich and hungry corporates.

Unemployment and near-starvation are rampant. Journalists and human rights activists are arbitrarily arrested for doing their duty. Women and children are not safe from predatory forces and the State fails to protect them. Dalits and minorities are mercilessly targeted by cow vigilantes and the police look away.

A corporate-communal fascism is emerging. If we look back at Emergency as a period we the people of India need to and must absolutely avoid, then this undeclared Emergency must also be identified, resisted and defeated. For, we must never forget that “Eternal vigilance is the price of liberty” liberty in every sense: political, social, religious and economic.

Dr.Aurobindo Ghose, is a lawyer and a Human Rights activist.