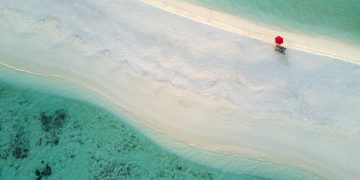 But this isn’t a straight-forward travel alert, points out Laura Dannen Redman Digital Director of Conde Nast Travel in its website www.cntraveler.com.

“As the  Huffington Post reveals  (quite well), the Maldives has “experienced political unrest since (Mohamed) d Nasheed, the island’s first democratically elected leader, was forced to quit amid a mutiny by police in 2012,”  she points out.

“Political protests are typically contained to the capital city of Malé, which travelers may pass through—but rarely linger in—en route to one of the resort islands. (The Maldives is made up of 26 coral atolls and 1,192 islands.)”

The warnings vary in severity: The Maldives’ Ministry of Foreign Affairs released a statement Tuesday saying, pointedly, that “all tourism-related businesses will be operating as usual and the situation of the Maldives remains stable.

The state of Emergency does not force any restrictions on traveling to the Maldives or within the Maldives.

“That note was reiterated by local resorts and travel specialists we spoke with who know the region well,” Redman writes.

“The situation in the capital is calm. Malé International Airport which is located on another island (Hulhule), separate from the capital, is operating as usual. We do not expect any disruption to air services,” reads a statement by the Four Seasons Resorts Maldives.”

Says Lindsay Wallace of Linara Travels, “The Maldives relies on tourism and to avoid going because a protest might happen on an island would surprise me as it’s very safe. For instance, people wouldn’t avoid going to say San Francisco if there’s a protest outside a federal building in Los Angeles. The reality is that tourism is as safe as always.”

The Chinese government suggested that travelers headed to the Maldives in the run-up to Lunar New Year (which starts February 16) should “not go there before the situation calms down,” a Ministry of Foreign Affairs spokesman said.

“Security forces have been deployed in the capital Malé in response to political developments,” it said in a statement on Monday.

“If you’re in Malé, you should exercise caution and avoid any protests or rallies. There are no reports that outlying islands, resorts or Malé International Airport are affected.”

The US State Department put the risk at Level 2, which means calling out the possibility of “terrorism and civil unrest.” (Level three is “reconsider travel,” and four—the highest level—is “do not travel.”). It went even further with a statement calling for an end to the State of Emergency.

United States is troubled and disappointed by reports that Maldivian President Yameen has declared a State of Emergency, which gives sweeping powers to security forces to arrest and detain suspects, bans public gatherings, imposes travel restrictions, and suspends parts of the Maldivian Constitution.

The President, army, and police have also failed to obey ‎a lawful Supreme Court ruling, contrary to the Constitution and rule of law,” the statement reads, before condemning the President for acts that amount to an erosion of human rights.

As always in these scenarios, be cautious in large crowds and around transportation hubs, markets/shopping malls, and local government facilities, says the State Department. Avoid protests and rallies, where violence may occur.