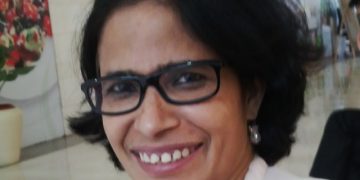 Is a coup in the offing in Pakistan with the reported rift between the government and Armed Forces?

Is a coup in the offing in Pakistan with the reported rift between the government and Armed Forces? New Delhi, October 12 (NIA): The India-Pakistan tension and the use of terrorism as a strategic instrument by the Pakistan military appear to have created a crack between the political elite and the military in Pakistan.

After the Uri attack in which 18 Indian soldiers were killed, and the subsequent surgical strike – a limited operation aimed at destroying terror launching pads across the Line of Control in Kashmir, the stage is set for a new strategic engagement.

While India, in clear terms, pronounced that it would pursue strikes against  terror camps in Pakistan Occupied Kashmir (PoK) it also made it apparent that it is now willing to play the “limited war” game against an adversary which is increasingly relying on terrorism as a part of its strategic game with the confidence that it will not elicit any response from India given the nuclear threshold.

Soon after Sharif engaged in his usual verbal spar at the UN, describing a self confessed terrorist Burhan Wani as a martyr in the Kashmir ‘intifada’, New Delhi decided that given the deterioration of the regional scenario for fruitful engagement it will not attend the SAARC summit that was scheduled for November in Islamabad. Two other countries affected by Islamabad’s interference – Bangladesh that accused Pakistan of interfering in its internal process of conducting war crime trials, and Afghanistan that accused Pakistan of sponsoring terrorism against it – informed Nepal, the current Chair of SAARC, of their inability to attend the conference. Bhutan also informed that the regional situation in not conducive for the Summit when one state is sponsoring terror against another. Later, Sri Lanka and the Maldives in their statements pointed to the lack of a conducive regional atmosphere for a successful summit.

Pakistan’s regional isolation for the first time forced Islamabad to indulge in an introspection of its policy of pursuing terrorism – mainly an Army-ISI run strategic project. Pakistan’s regional isolation was coupled with international sympathies with India and lack of criticism of India’s across the border surgical strikes and any expression of apprehension that it may escalate to a nuclear showdown. Rather Pakistan’s threat to use nuclear weapons against India was labeled as ‘irresponsible’ as New Delhi briefed important foreign envoys regarding the objectives of the surgical strikes against seven-terror launch pads across the border.

International isolation of Pakistan on the issue and lack of any diplomatic brownie points for Islamabad in Kashmir led to a conflict between the political and military. The political elite felt that the terror strategy pursued by its military and intelligence agency did not allow the political elite to leverage the current crisis in Kashmir against India.

Pakistan’s role in sponsoring terrorism time and again has brought severe criticism from the international community, especially the US. While for the past nearly thirty years India has been dealing with Pakistan sponsored terrorism, American and Afghan soldiers have also been victims of the same. Stability in Afghanistan has also become a casualty. Groups like the Lashkar-e-Toiba (LeT), Jaish-e-Mohammad (JeM) are functioning as ‘veritable arms’ of the Pakistani military against India.

In 2013, most of the political parties that contested the general elections in Pakistan had mentioned in their election manifesto that, if elected, they will try to foster good relations with India. Such an intent goes against the very grain of the Pakistan army’s ideology and raison d’tere of its existence and its unquestioned huge defense budget. Not only Pakistan’s decision to provide Non-Discriminatory Market Access (NDMA) to India was scuttled by the Army, Sharif was increasingly cornered in the home front by Imran Khan, the Chairperson of the Pakistan Tehreek-i-Insaf, first on the issue of election rigging and now on the accusation of corruption following Panama Papers leak. Certainly the Islamabad sit-ins orchestrated by Imran Khan and Tahir ul Qadri had the blessings of the Army. As Sharif’s regime remained fragile, constantly assaulted by a domineering Army that was buoyed by its ‘success’ in Zarb-e-Azb and was gaining political space, Nawaz Sharif lost the political plot. The army has gained the dominance that it had lost during Musharraf’s rule.

In this context that the report by Cyril Almeida, published in Dawn, has brought to the public the divergence of opinion between the Army’s top brass (that takes the decision to sponsor terror) and the civilian government (that manages its diplomatic fallout ). Sharif wanted that to be kept under wraps.

Pakistan, which sent special envoys to many countries in the world to apprise them the situation in Kashmir, did not get the diplomatic mileage it expected because the international community does not have an appetite for violence and terrorism. The reported verbal spar between Punjab Chief Minister Shahbaz Sharif and the Director General ISI also reflected that the Sharifs – Nawaz and Raheel – are not in same page on the approach towards terrorism. The civilian government also realizes that the anti-India approach and confrontation with India will strengthen the Pakistan army. Therefore it is not surprising that he sent instructions to carry on investigations into the Pathankot attack and restart the Mumbai attack case.

Since the Army is in control of the narrative on India and Afghanistan as well as the situation within the country, it will not be willing to take over power. As long as Sharif manages the home front and does not blame the army, the present political arrangement would continue. Nawaz Sharif,  who has suffered at the hand of the military and was removed from power in 1999 by a military coup, will not commit the mistake again.

But he is certainly bothered about the regional and international fallout of the state sponsorship of terrorism especially at a time when Pakistan’s economy is showing signs of distress. In the Pakistan army, the thinking is: “Why bother about ruling when you are calling the shots?”

Dr.Smruti  S Pattanaik is a Research Fellow at the Institute of Defense Studies and Analyses, New Delhi