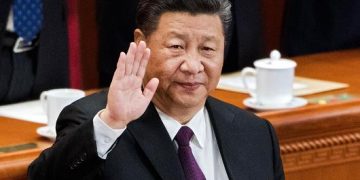 China liberalizes trade to avoid escalation of conflict with US

China liberalizes trade to avoid escalation of conflict with US Boao, China, April 10 (Nikkei):  Chinese President Xi Jinping on Tuesday unveiled a broad set of measures to open up the country’s economy, including lower import tariffs on cars and relaxed restrictions on foreign ownership in the automotive sector.

The President’s highly anticipated speech at the Boao Forum, held in China’s southern province of Hainan, was widely seen as an attempt to calm trade tensions with the U.S.

This was Xi’s first public address since the friction intensified last week, when both countries said they would slap tariffs on U$ 50 billion worth of each other’s imports.

“Opening up was key to China’s growth over the past 40 years,” Xi said.

The country’s doors “will not be closed and will even open wider.”

This year marks the 40th anniversary of Deng Xiaoping’s economic reforms, which opened China to the world.

Xi is pledging to pick up the torch by expanding imports, for starters.

China “will significantly lower import tariffs for vehicles” this year, he said, stressing that his government “does not seek a trade surplus” and wants a “greater balance of international payments.”

Jin Jianmin, a senior fellow at Tokyo think tank Fujitsu Research Institute, said Xi’s “bold language” suggested the auto tariffs “could be lowered from [the current] 25% to around 10%.”

Xi said China will also ease foreign ownership limits in the manufacturing sector. For automobiles, in particular, he said the rules will be relaxed “as soon as possible,” signaling that overseas companies will be able to own stakes exceeding the current ceiling of 50%.

Ownership caps on financial companies will also be eased, Xi said. His government is to unveil the full scope of the policy by the end of June.

Regarding the protection of intellectual property rights — a major concern of the US and other countries — Xi promised that China will “significantly raise the cost for offenders and unlock the deterrent effect of laws.”

At the same time, Xi urged foreign governments to safeguard the rights of Chinese companies.

While Xi did not address the U.S. by name, his remarks suggested a desire to curb the trade battle. The tit-for-tat escalated further last Thursday with U.S. President Donald Trump’s threat of fresh tariffs on US$ 100 billion  worth of Chinese goods.

War and zero-sum mentalities look even more out of place” in this era of globalization, Xi said.

“We hope developed countries will stop imposing restrictions on normal and reasonable trade on high-tech products, and relax export controls on such trade with China.”

Investors responded favorably to the speech, hoping the U.S. and China will avoid a full-blown trade war and that international companies will benefit from Xi’s reforms.