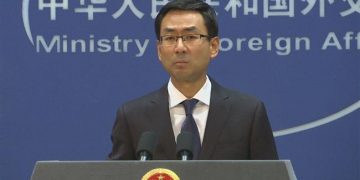 Beijing, October 1 (NIA): China on Saturday said that its technical hold on India’s move to get Pakistan-based Jaish-e-Mohammad (JeM) Chief, Masood Azhar, designated as a terrorist by the United Nations has “been extended” by six months, days before the expiry of the hold.

Significantly, the JeM led by Azhar is blamed by India for the attacks on the Indian Air Force base in Pathankot on January 7, and the army base in Uri on September 18.

The Chinese technical hold was set to lapse on Monday, and had China not raised further objections, the resolution designating Azhar as a terrorist would stand passed automatically.

“There are still different views on India’s listing application. The extended technical hold on it will allow more time for the committee to deliberate on the matter and for relevant parties to have further consultations,” Geng said.

On March 31 this year, China, a veto-wielding permanent member of the UN Security Council, had blocked India’s move to put a ban on the Jaish-e-Mohammed leader and Pathankot attack mastermind Masood Azhar under the Sanctions Committee of the Council.

China was the only member in the 15-nation UN organ to put a hold on India’s application with all other 14 members of the Council supporting New Delhi’s bid to place Azhar on the 1267 sanctions list that would subject him to an assets freeze and travel ban.

Geng said the 1267 Committee of the UNSC “organises its work as mandated by relevant resolutions of the Security Council.”

“China always maintains that on the listing matter, the 1267 Committee should stick to the main principles of objectivity, impartiality and professionalism, base its judgments on solid evidence and decide upon consensus among the members of the Security Council,” he said in a written reply to a question.

The hold now has been extended in the midst of India-Pakistan tension over the Uri terrorist attack, which was blamed on the JeM.

China’s technical hold coupled with its move to block India’s membership of the Nuclear Suppliers Group (NSG) cast a shadow on the Sino-India ties. Both the countries have held several rounds of talks on the issues in recent months with little to show in terms of progess.