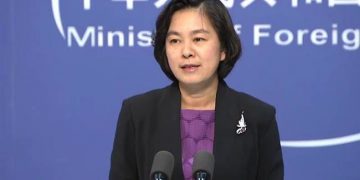 Beijing, August 6 (Bloomberg News): China has criticised India’s decision to change the status of Jammu and Kashmir, a state that borders China, accusing New Delhi of undermining its territorial sovereignty.

China’s statement was most critical of the impact of India’s actions on the mainly Buddhist region of Ladakh – an area of strategic importance nestled between Tibet and Pakistan, Bloomberg News reported.

Just two years after India and China’s decades-long dispute flared up over a remote area of the Himalayas, Prime Minister Narendra Modi’s surprise move on Kashmir has inflamed tensions yet again. Pakistan has also launched a diplomatic protest while its army pledged to go to “any extent’’ to oppose Modi’s decision.

“The recent unilateral revision of domestic laws by the Indian side continues to undermine China’s territorial sovereignty, which is unacceptable and will not have any effect,” Hua said.

India’s Ministry of Foreign Affairs did not immediately respond to phone calls and messages requesting comment.

China is seriously concerned about the current situation in Kashmir, Hua added.

“We call on India and Pakistan to peacefully resolve relevant disputes through dialogue,” she said, noting China had urged India to “avoid any move that further complicates the border issue.”

India and China have long had border disputes in Ladakh, which was made a federally administered region along with the move to remove the special status to Kashmir in parliament on Monday. A two-week standoff ensued in September 2014 when Chinese troops advanced several kilometers into northern Ladakh.

The UAE has taken note of the Indian government’s decision of non-operationalisation of some sections of Article 370 of the Indian Constitution related to the state of Jammu and Kashmir, he said.