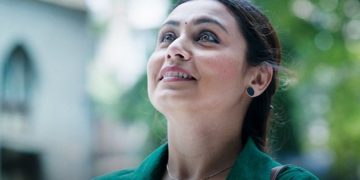 Mumbai, April 19 (Livemint): Riding on the twin successes of the controversy-ridden Padmaavat and smaller offerings such as Raid and Hichki, Bollywood’s earnings at Rs. 1,103 crore (US$ 168 million) for the first quarter of 2018 registered an impressive 42% growth over the first quarter of 2017. And this without any film featuring the three Khans, Shah Rukh, Aamir and Salman.

With Tiger Shroff-starrer Baaghi 2, a late March release, having clocked Rs 155.65 crore in box office collections over the past weekend, the dip in the growth rate last year looks to have been arrested.

“This is definitely the best quarter for exhibitors in the past five to six years,” said Devang Sampat, director (strategic initiatives), Cinepolis India, adding that Bollywood, which contributed about 56% of the chain’s footfalls in the first quarter of last year, brought in 64% this time. “The first three months, which are usually the weakest time of the year, are currently the strongest.”

“It’s like a wave—when one film works, people inculcate the theatre-going habit, which helps other films,” said Luv Ranjan, director of blockbuster comedy drama Sonu Ke Titu Ki Sweety, a Rs25-30 crore film that released in February and has made more than Rs100 crore from theatrical revenue alone.

Ranjan called it a spillover effect. When audiences watched and enjoyed a Padmaavat, they developed the appetite for smaller films like Padman, Raid and Hichki, which are not run-of-the-mill stories.

Film distributor Yusuf Shaikh emphasized that these projects have also benefited from what is commonly termed as ‘sexy pricing’, or the right cost and packaging accorded to a film that makes returns, theatrical and ancillary, easier.

To be sure, industry experts point out that the entire process of movie-making has been evolving in Bollywood due to changing audience preferences, corporatization of the movies business and commoditizing of film marketing. Consequently, small budget films now have as much chance of being successful.

Recent instances also show that the focus is on the script, instead of making a film centered around a star. Producers also tend to use their resources to find the right marketing and promotional peg, while exhibitors have learnt to position the film correctly—a medium-sized film does not need as many screens as a big-ticket Salman Khan-starrer; it will reap profits with the right release size.

“Slowly but gradually, audience preferences are changing and production houses are changing strategies accordingly to attempt different genres,” said Sampat. “It’s a 360-degree value chain thing—everything from the director focusing on the script to smart marketing strategies to exhibitors providing the right showcasing. That explains why this has been one of the best quarters despite no release from the three Khans,” he added.

(The featured image at the top shows Rani Mukerji in Hichki)