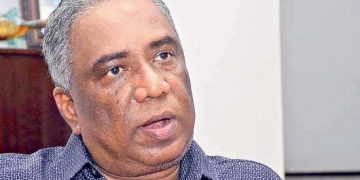 Colombo, January 4 (newsin.asia): The Bar Association of Sri Lanka (BASL) said here on Friday that Switzerland has baselessly alleged that “due process” was not observed in the case relating to the alleged abduction of a local employee of the Swiss embassy in Colombo.

Referring to the most recent statement issued by the Government of Switzerland on 30th December 2019 pertaining to the judicial proceedings currently pending in the Magistrates Court of Colombo, involving an employee of the Swiss Embassy in Sri Lanka, the President of BASL, Kalinga Indatissa, said that the  statement conveyed a “wrong and misconceived impression’ about the role of the judiciary in Sri Lanka and the concept of “due process”.

In a statement issued here on Friday, the BASL  invited the attention of the Swiss Government and the Swiss Embassy in Sri Lanka and any other individual or institution which views the incident on the same footing as the makers of the above statement, to the following matters:

The alleged incident of abduction is claimed to have taken place on the 25th of November 2019, 9 days after the recently concluded Presidential Election in Sri Lanka.  However, according to the Reports filed in Court, no complaint was made regarding the alleged abduction of the employee of the Swiss Embassy until the 27th of November 2019. It is elementary knowledge that under any criminal justice system spontaneity and consistency of a complaint is considered to be extremely vital in the assessment of the credibility of such a statement.

When such a complaint is made, it is imperative that the legal enforcement mechanism requires the launch of an immediate investigation. The proceedings in the Magistrates Court reflect that this requirement has been satisfied by the investigators.

The record bears out that, for several days, the Swiss Embassy took up the position that the employee concerned was unwell and could not make out a testimony. The word “testimony” is generally referred to evidence given in a Court of Law under oath and is not referred to an instance where a person has to make a statement to the police or the investigating authorities at the stage of investigations and interrogation. To this extent this term has been wrongly used.

The sequence of events would reflect that investigations have taken its normal pace. No ad hoc arrests have been made. The employee concerned was permitted to be free without being called upon to make a statement, for the purpose of the judicial proceedings, for a considerable period. She has been permitted legal representation at the CID. Embassy officials were permitted to be present as observers at the point of recording her statement. All material emanating from the investigations and the surfacing evidence had been placed before the Court.

In these circumstances, the BASL is of the view that the investigations have proceeded in this case as expected by the Law and on the basis of the normal legal norms accepted domestically and internationally.

The statement issued by the Swiss Government is a basic and a bare statement. Even though the statement makes an allegation of “Due Process” not being followed, the issuer of the statement has failed to identify, at least 1 single ground that has not been followed by the law enforcement officers in this instance.

“Due process” is a concept which can be traced back to the Magna Carta of 1215. The essential requirements of the “Due Process” lay down that no person shall be arrested or produced or harassed without proper evidence or material or a charge.

In fact, a few weeks ago when a reference was made regarding the right of certain members of the legal profession to appear in this case on behalf of the Swiss Embassy, the BASL immediately issued a statement confirming that every person who is aggrieved or is a party to a Court proceeding has a right of representation under our law.

The matter is before Court and whenever a matter is sub judice, it is wrong and incorrect for statements to be made in respect of such matter before Court. The statement issued by the Swiss Government dated 30th December 2019 violates this basic Rule.

Also, it is relevant to note that none of the lawyers representing the Swiss Embassy have gone down on record regarding the failure to observe “due process” as alleged in the statement.

In these circumstances, the Bar Association of Sri Lanka strongly condemns the statement issued by the Swiss Government where it is alleged that the “Due Process” has not been followed. We request the makers of this statement to immediately disclose the areas of “due process” that has not been followed in this instance. Without mentioning such specific instances, to issue a bare statement, as has been done in this instance, amounts to a serious undermining of the Judiciary and the other Law enforcement agencies in Sri Lanka which are more than equipped to follow the accepted norms.

We request the Embassy to refrain from making such baseless statements and if there is any concern that they have, to bring it before the relevant forum without making ad hoc and inconsistent statements which undermines our legal system and the Judiciary.

Furthermore being a responsible Nation as claimed, the Government of Switzerland should be mindful of Article 41 of the Vienna Convention which clearly states that all persons enjoying such privileges and immunities have an equal duty to respect the Laws and Regulations of the receiving State, in this instance; Sri Lanka. It is further illustrated in Article 41 that there should not be any interference in the internal affairs of the State.

It is best if the Government of Switzerland would make an attempt to understand their role in making comments about the Judicial  System and the Law Enforcement System of a separate, independent and a sovereign State.

We strongly condemn the statement issued by the Swiss Embassy as we see that, as an attempt to undermine our core values in the Judicial System which we have followed and treasured for more than two centuries.

(The featured image a the top shows Kalnga Indatissa, President of the Bar Association of Sri Lanka)