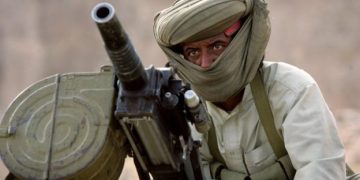 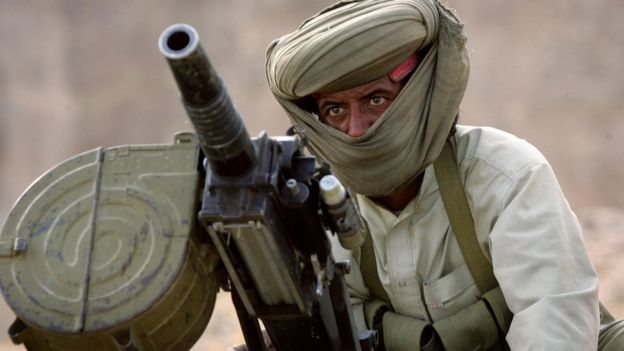 Nw Delhi, August 28: As tensions in Kashmir Valley refuse to die down, Prime Minister Narendra Modi is ratcheting up the Balochistan issue to rattle Pakistan at home and abroad. India’s neighbor, which has been encouraging meetings between separatists and successive High Commissioners in Delhi, will be further discomfited when residents of Pakistan Occupied Kashmir (PoK) and Gilgit-Baltistan, come to India to attend the Pravasi Bharatiya Diwas or the Indians Abroad Conference to be held on January 7, 2017.

Mission Balochistan doesn’t end there. Pro-freedom activist Mir Mazdak Baloch, who is already in Delhi to put together the logistics of his campaign, will start organizing camps in the capital to garner support for the cause. He will be delivering talks at universities and has been granted a visa to travel across the country to highlight the Baloch humanitarian crisis.

Mir Mazdak has a speaking engagement in the Jawaharlal Nehru University this week. Coincidentally, Azad Kashmir supporters had shouted anti-India slogans earlier this year on the campus. On Saturday, Doordarshan interviewed Brahumdagh Bugti, the grandson of assassinated Baloch leader Nawab Akbar Khan Bugti on the latter’s ‘Martyr Day’. The silver-haired activist died in a Pakistan military action on August 26, 2006.

“Many Balochs came to India about a century ago during tribal wars. They are settled in Uttar Pradesh, Haryana and Rajasthan. We share blood ties. Our aim is to connect with them,” Mazdak told The Sunday Standard. He was forced to flee Balochistan in 2010, to Afghanistan.

He holds Pakistan responsible for ‘genocide’ in Balochistan and has dedicated his life to freedom of the region—“nothing less, nothing more”. Even as the Indian government is yet to explicitly lay down the fine print of its Balochistan policy, this tacit approval of Baloch activists signals what a top diplomat describes as India’s ‘softening of heart’ towards their plight.

“India has a strong human rights record, and we are naturally concerned about human rights violations in the area (Balochistan). How this is expressed in our diplomacy, you will have to wait and see,” Ministry of External Affairs Spokesperson Vikas Swarup said.

India’s new Baloch outreach has opened another front against Pakistan by offering government hospitality to anti-Pak Baloch activists. Brahumdagh Bugti, founder of Baloch Republican Party, is accused by the Pakistan government of leading the Baloch Republican Army, which has designated him a ‘terrorist’. In an interview to The Sunday Standard, he said: “It (Balochistan) should be a very serious part of the Indian foreign policy to raise the voice of oppressed Baloch people on international forums and pursue the international community to stop supporting the oppressive Pakistani regimes.”

The announcement about the ‘exclusive’ interview followed External Affairs Minister Sushma Swaraj’s diplomatic answer when enquired if invites will be sent out to people from PoK and Gilgit for the Pravasi Bharatiya Diwas. In a brief, yet open-ended reply, the minister had said: “Wait for the government’s decision”. Prime Minister Modi had directed the MEA to get in touch with the Indian diaspora from Balochistan, PoK and Gilgit-Baltistan living abroad and highlight the atrocities faced by them.

The previous Manmohan Singh government had engaged with people from Balochistan, PoK and Gilgit-Baltistan but the Congress-led UPA’s policy lacked consistency. It remains to be seen if the Narendra Modi government will be able to make it a strong aspect of India’s diplomatic aggression towards Pakistan.