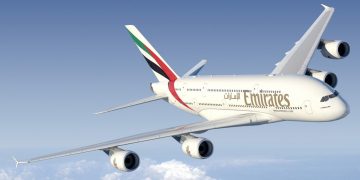 Air show kicked off in Dubai without Qatar Airways

Air show kicked off in Dubai without Qatar Airways Other airlines also took part, but missing from the trade show this year was one of the region’s largest long-haul carriers, Qatar Airways, amid diplomatic fallout between Qatar and four Arab nations, the Associated Press reported.

The airline’s business has suffered under Trump’s travel bans affecting predominantly Muslim nations, as well as the recent ban on laptops in airplane cabins. The air show comes as the Qatar dispute is now in its fifth month with no resolution in sight.

In previous years, major Mideast carriers have flexed their spending power at the Dubai Airshow, including $140 billion in new orders announced in 2013 before the collapse of oil prices.