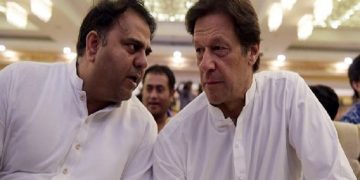 Information Minister Fawad Chaudhary announced on Wednesday, that the government was planning a new body, Pakistan Media Regulatory Authority, which would enforce regulations for the digital, print and electronic media.

Chaudhary stated that some arrests in this direction have already been made last week. The massive crackdown is being launched against social media users spreading hate speech and violence, he said.

“We will monitor social media and work to eliminate fake accounts. People who violate Pakistan’s cyber laws will be prosecuted. We want to encourage discourse and debate in the Pakistani society but that is not possible if people threaten each other over differences of opinion,” Chaudhary said.

He emphasized that the social media is taking over the formal media, which makes its regulation imperative.

Pakistani authorities, who have already blocked a number if social media accounts and websites, are often been accused of gagging the media and taking action against individuals who are critical of the military.

This comes days after journalist Rizwan Razi, who hosts a talk shown on Din News, was arrested. Razi was detained on Saturday from his residence in Lahore by the cyber crime wing of the Federal Investigation Agency (FIA). The FIA said that the initial investigation had revealed that Razi’s posts against the Pakistan Army and judiciary were made through his Twitter account.

The FIA sought extension of the journalist’s remand on Sunday, but the court rejected it and granted bail to Razi against a surety bond of Rs one lakh, Razi’s counsel said.