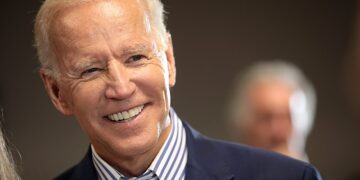 April 15 (BBC) – The US will continue to support Afghanistan after withdrawing all US troops, but not “militarily,” President Joe Biden has pledged.

“It is time to end America’s longest war,” he said in a speech from the White House room where US airstrikes there were first declared in 2001.

The pull-out is to coincide with the 20th anniversary of the 11 September 2001 terror attacks, officials say.

The number of US troops on the ground in Afghanistan fluctuates, and US media report the current total is closer to 3,500.

US and Nato officials have said the Taliban, a hardline Islamist movement, have so far failed to live up to commitments to reduce violence in Afghanistan.

In Kabul, Afghan officials say they will continue peace talks in preparation for the withdrawal.

Afghan President Ashraf Ghani tweeted that he had spoken on the phone with Mr Biden on Wednesday, and that the country “respects the US decision and we will work with our US partners to ensure a smooth transition”.

He added that Afghanistan’s defence forces “are fully capable of defending its people and country”.

What did Biden say?

“We cannot continue the cycle of extending or expanding our military presence in Afghanistan hoping to create the ideal conditions for our withdrawal, expecting a different result,” said Mr Biden, the fourth president to oversee the war.

“While we will not stay involved in Afghanistan militarily, our diplomatic and humanitarian work will continue,” he continued, adding: “We will continue to support the government of Afghanistan.”

Mr Biden also pledged to continue providing assistance to Afghan defence and security forces – including 300,000 personnel, who he says “continue to fight valiantly on behalf of their country and defend the Afghan people, at great cost”.

He also paid his respects to the victims of the 11 September 2001 attack which triggered the US invasion of Afghanistan.

“We went to Afghanistan because of a horrific attack that happened 20 years ago,” he said. “That cannot explain why we should remain there in 2021.”

“We have to focus on the challenges that are in front of us,” said Mr Biden, citing the threat of cyber attacks and rising tensions with China.

“We already have service members doing their duty in Afghanistan today whose parents served in the same war,” he added.

“We have service members who were not yet born when our nation was attacked on 9/11. War in Afghanistan was never meant to be a multigenerational undertaking.”

Later on Wednesday, Mr Biden will visit Arlington National Cemetery, where some of the 2,488 US troops who died fighting in Afghanistan are buried.

What is the withdrawal timeline?

Mr Biden’s plan pushes back the 1 May deadline agreed to by the Trump White House.

The deal signed in February 2020 said the US and its Nato allies would withdraw all troops by May 2021 if the Taliban upheld its promises, including not allowing al-Qaeda or other militants to operate in areas it controlled and proceeding with national peace talks.

Although the group stopped attacks on international forces as part of the historic agreement, it has continued to fight the Afghan government. Last month, the Taliban threatened to resume hostilities against foreign troops still in the country on 1 May.