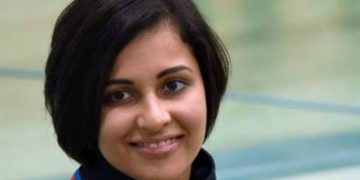 New Delhi, Oct 30 (NIA): Ace Indian shooter has pulled out of the Asian Airgun Shooting Championship to be held in Tehran in December this year, saying she disapproves of the lranian insistence on the hijab (the Islamic head scarf) for female participants no matter of what nationality or religious faith.

Heena, the reigning title holder, said: “Forcing tourists or foreign guests to wear ‘hijab’ is against the spirit of the game. Since I don’t like it, I have withdrawn my name.”

“You follow your religion and let me follow mine. I’ll not participate in this competition if you are going to force me to comply with your religious beliefs,” she told Times of India.

The organizers have made it clear on their official website that the female contestants will have to wear clothes in compliance with the rules of the Islamic Republic of Iran.

It’s not for the first time that Heena has withdrawn her name from a tournament being held in Iran.