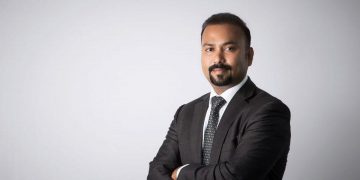 A Sri Lankan Tamil has made India’s most expensive movie

A Sri Lankan Tamil has made India’s most expensive movie Chennai, December 15 (Forbes): The man who bankrolled the science-fiction film 2.0, India’s costliest movie, is a former immigrant from Sri Lanka who is now running his family’s telecom, healthcare, financial services, media and entertainment conglomerate in the U.K.

Meet Allirjah Subaskaran, 46, who fled Sri Lanka with his family at the height of the ethnic conflict there three decades ago, and moved first to France, and then later settled in the U.K. He said that he loved watching Tamil films while growing up, and that’s why he started Lyca Productions, a production and distribution company based in Chennai, in 2014.

It’s part of the privately held Lyca Group, which was named after his sister Leka, with headquarters on the banks of the river Thames in one of London’s financial districts. A 2017 financial presentation by the group claimed that its revenues were more than $2.2 billion in 2016.

The group’s flagship brand is Lycamobile started in 2006 in the Netherlands. From there, the group expanded to Belgium, Denmark, Norway and other European countries. Lycamobile says it’s currently serving 15 million customers across 23 countries. And it’s hoping to reach 50 million customers by 2020 through an expansion to more markets in Southeast Asia, sub-Saharan Africa and the Middle East.

The conglomerate employs more than 8,000 people and has interests in media and entertainment encompassing Athavan TV, news and radio in its portfolio. Athavan is popular with the Tamil diaspora across the world. The group’s Lyca Radio has four radio stations, including two for the south Asian community in the U.K.

In 2015, Subaskaran launched his most ambitious project yet – a science-fiction movie that features Rajinikanth, who was number 14 on the recently released Forbes India’s Celebrity 100 list. It was a sequel to the 2010 movie Robot. Lyca had even approached Hollywood star Arnold Schwarzenegger to be part of the film, but he reportedly declined. Made at a cost of $79 million, 2.0 is already off to a strong start at the box office, raking in $86 million in ticket sales in the first 12 days of its release. It also features Bollywood star Askhay Kumar and the music was composed by Oscar-award winning director A.R. Rahman.

Subaskaran started early in business, working first at his family’s restaurant in Paris, and then later at their corner shop. That’s when he realized that the most sought-after item for immigrants was calling cards that allowed them to stay in touch with family and friends back home.

Subaskaran’s family started distributing calling cards, and then expanded into producing the cards. He moved to the U.K. in 1999, and founded Lycatel and then Lycamobile in 2006. His idea was to build a brand associated with international calling.

His business is primarily built around low-cost products targeted at immigrant communities. Even his philanthropy deals with marginalized and displaced populations. Through the Gnanam Foundation that he set up with his mother Gnanambikai and his wife Prema, he supports communities displaced by strife or climate change.