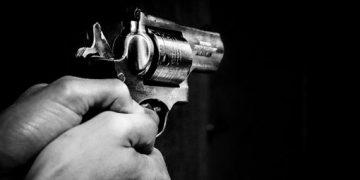 Colombo, April 27 (newsin.asia) – The bodies of 15 people, including six children, were discovered from the site of a severe overnight gun battle on the east coast of Sri Lanka on Saturday, the military said, six days after suicide bombers killed 253 people and injured over 500.

The gun battle between troops and terrorists suspected to be affiliated to a Islamic terrorist organization broke out on Friday evening when troops attempted to raid a safe house, sheltering the terrorists in Sainthamaruthu in Ampara.

The entire area has been cordoned off and massive search operations are underway to search for more terrorists.

A curfew imposed in Kalmunai city and the surrounding remains in place.